As illustrated by the 3 forecast plots below, this evening's high tide (close to 11pm local time) will be amplified by nearly 1 ft. by the nor'easter, but because it lands during the lower of the two high tides, it will likely be similar in height to Saturday's king tide (but will vary slightly throughout the region). The teal line's astronomical tidal signal peaks with the king tide on Sat. (which is why it's the king), yet the ~0.5 ft. orange line's surge prediction accompanying the rapidly moving weekend nor'easter has settled in 12 hours earlier and slightly weaker here than we initially noted on Tuesday's update, when it was forecasted to amplify Sat. Morning's king tide:

At Sewells Point, this morning's high tide is projected to be about the same as tomorrow's, with tomorrow's king being about an inch (or so) higher (barely noticeable on the graph; Tidewatch Flood Map in Norfolk Larchmont Neighborhood): 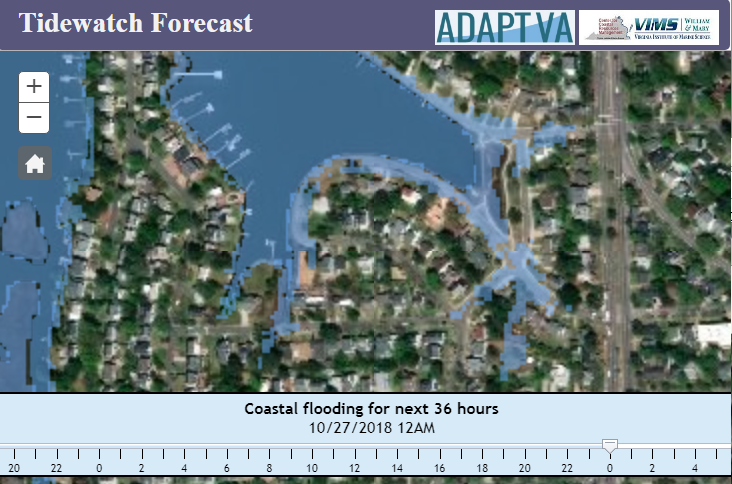 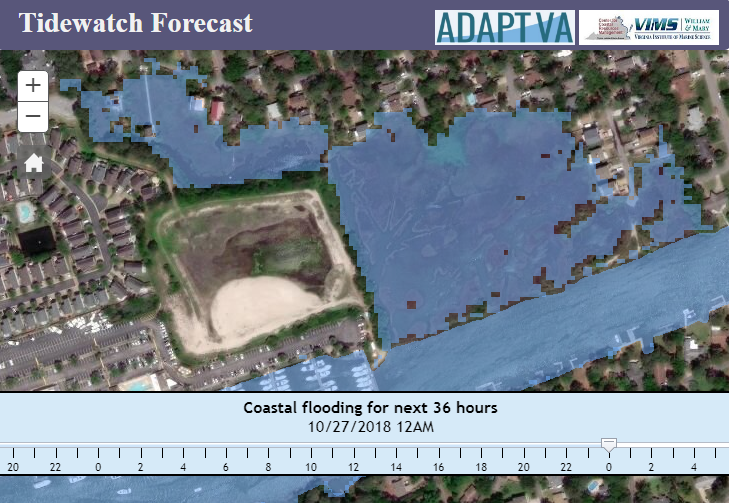 At Yorktown, Friday evening's lower high tide will be amplified by more than one foot (higher than other areas of the region) to be perceptibly larger than Saturday's King Tide as the Nor'easter strengthens moving northward (Tidewatch Flood Map along Seaford and York Point Rd.'s in York Co.): 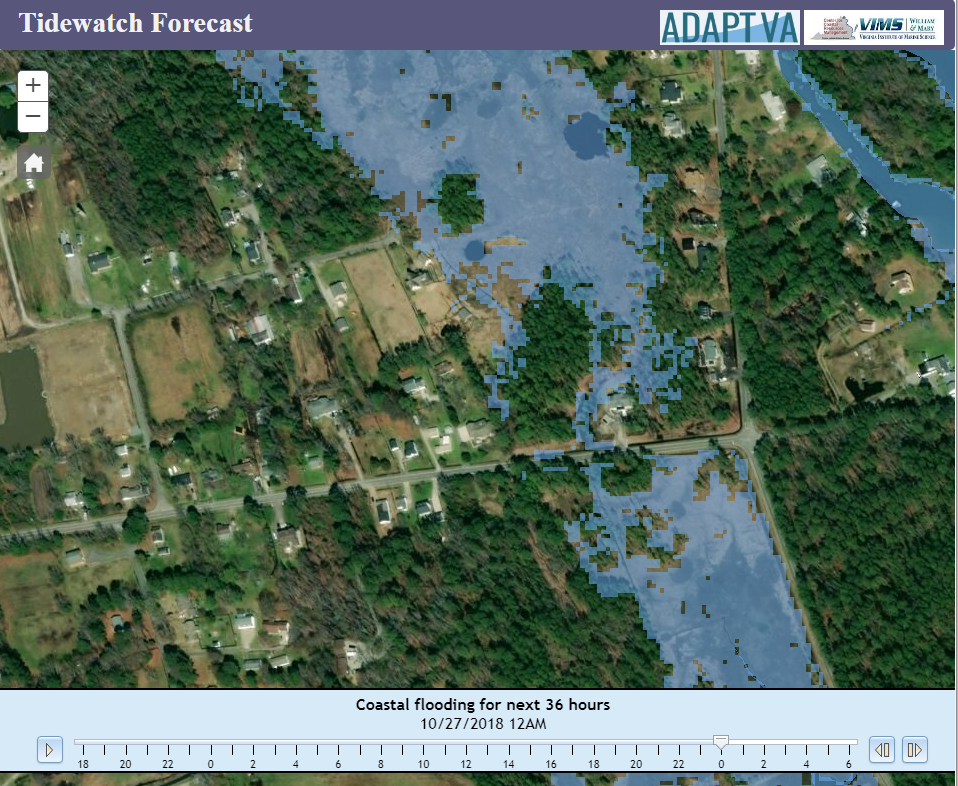 As this does not cover all of the areas our adept Catch the King volunteers aim to map with the Sea Level Rise App in VA on Saturday, a static map of tidal maximum flooding extents is available here for all of Coastal VA (and will be where all volunteer's GPS points will appear on Sat. afternoon): http://www.vims.edu/people/loftis_jd/Catch%20the%20King/20181027-king-tide/index.php

With winds from the north water levels in the Back Bay and North Landing areas will be normal or below normal. 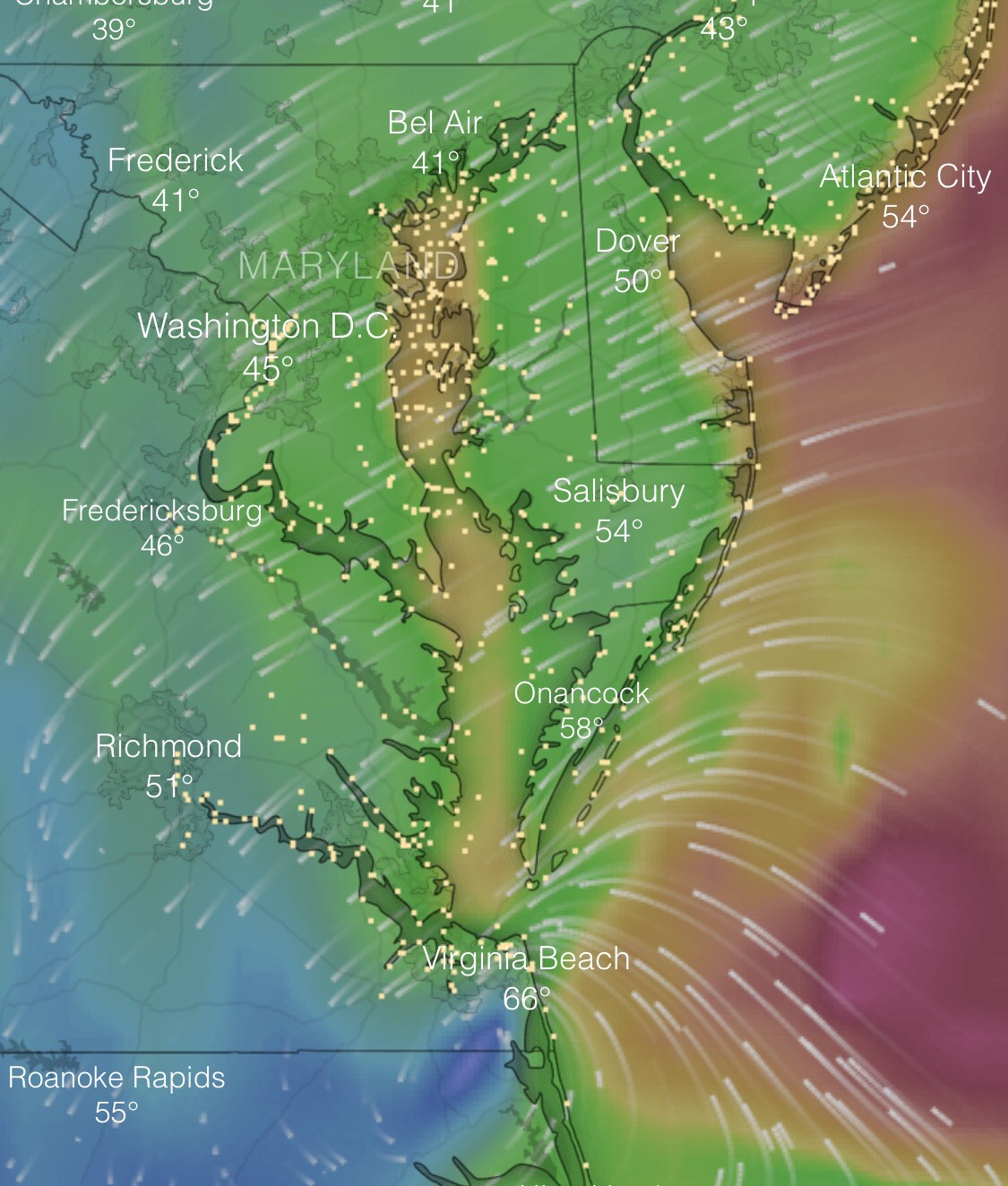 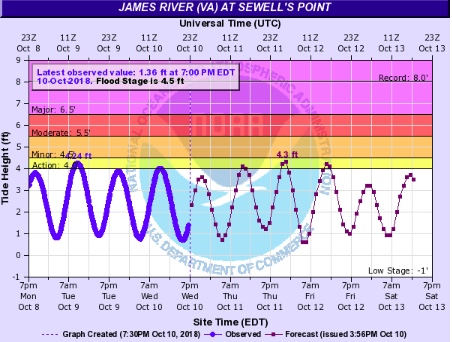 The south wind is causing flooding in the southern parts of our region exposed to the Carolina sounds. 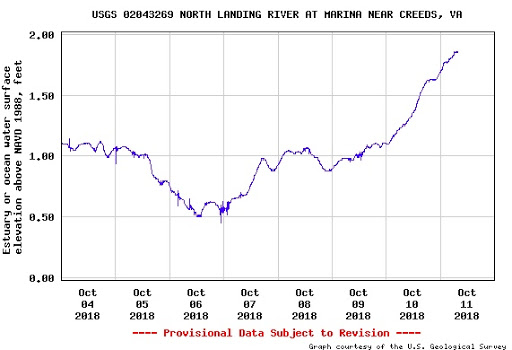